Being designated a specified service trade or business, or SSTB for short, for some business owners can appear like punishment. We have this wonderful Section 199A qualified business income deduction but it has rules, and one of the rules is to punish those in the loose category of personal service providers. Specifically SSTBs are accountants, physicians, attorneys, consultants, financial advisors and a few other categories (here is a complete run down of the SSTB list, what we call the dirty baker dozen).

Also, a quick recap- the SSTB designation only affects you if you earn more than $315,000 in taxable income as a household (married filers) or $157,500 (single filers). These are 2018 numbers, and are indexed to not-so-round numbers in future years.

Prior to the Tax Cuts and Jobs Act of 2017, personal service corporations (PSCs) were taxed at a flat rate of 35% while garden variety C corporations were taxed at a graduated rate. Why were PSCs disfavored if you will? No one really knows. Online research doesn’t readily show the genesis of this distinct tax schedule; perhaps a look into some Committee notes or the Joint Committee Bluebook would help. Historically it is just one of those things that has been around.

No one seemed to care much about the 35% (pre-TCJA) tax rate since an owner or set of owners could elect to be taxed as an S Corp and pass the tax obligation to each shareholder at his or her individual tax rate. Yes, the highest tax rate prior to TCJA was 39.6% so some thought that the 35% was a deal! However, to pull money out of a corporation (C Corp or PSC) required a dividend and as such that money was taxed at dividend tax rates in addition to the corporate tax rate. For a look at why C corporations are still a bad idea even with a 21% flat tax see our article here. 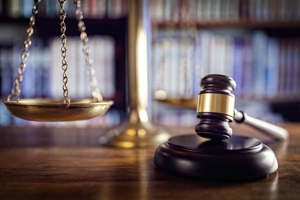 So there is a stigma out there that perhaps started with personal service corporations and was reinforced with Domestic Production Activities Tax Deduction (aka QDPA). QDPA came about with Section 199, without the A, and encouraged the manufacturing (stuff), growing (farming) or extraction (oil and gas) of tangible personal property. This is a huge simplification, but as you can see it did not encourage personal services.

Along comes Section 199A qualified business income deduction which grabs code from PSCs and qualified domestic production activities to provide a deduction for small business owners. Why the heck does Section 199A penalize specified service trades or businesses? Who knows exactly why, but perhaps there is some theory behind it.

Disguised W-2 Compensation
One of the theories is that many attorneys, physicians (especially), accountants, consultants and financial advisors can easily be converted into contractors. Personal service industries can easily follow the rules of contractor status and as such, many might want to convert from a W-2 relationship to a 1099 relationship to grab a Section 199A deduction. Perhaps discouraging a “disguised W-2” business-to-business relationship is one of the theories.

Economic Stimulus
Another theory is that encouraging non-SSTBs such as manufacturing results in a better stimulus to the economy since these businesses usually hire employees and buy buildings or offices. Conversely, the hot-shot surgeon or big-time attorney might be a one-person show. How does this effect things? A one-person show is the limiting factor on revenue and can only work so much. Think of it this way, a hot-shot surgeon doesn’t necessarily hire other surgeons to help out around the office, and as such isn’t stimulating the economy with hiring employees. But you take a manufacturer who is growing and needs employees, perhaps a tax break would help them grow faster and better, and add that much more to the economy. 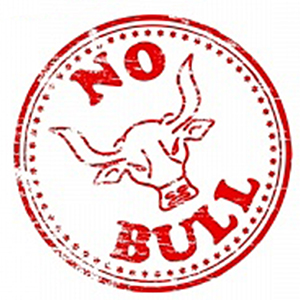 We cry BS on these theories, especially the economic stimulus one. WCG (formerly Watson CPA Group) is an accounting firm and as such is limited on the Section 199A deduction. We’ve grown. We’ve hired. We’ve added to the local economy. If WCG (formerly Watson CPA Group) was rather the Watson FBA Group where we sold stuff on Amazon, we would enjoy the full Section 199A deduction. What makes matters worse, using the Amazon example, is that several online retailers do not hire employees but still get the full qualified business income deduction. There are several examples of one-person shows where the person earns well over $500,000 but only adds to the economy by buying fancy cars and second homes like the hot-shot surgeon or big-time attorney.

Yeah, we are whining over sour grapes. Yes, this is our chosen profession and we could have picked manufacturing or some of other non-SSTB field.

We propose a simple solution to the SSTB problem. If your employee salaries exceed the officer compensation (shareholder salaries), then all bets are off; you are not a specified service trade or business and as such you are entitled to the full Section 199A deduction (again this is our suggestion- it is not law, yet). Specifically Line 8 would be greater than Line 7 on an S Corp tax return. Sure, you could always lie, cheat or steal on the business tax return to embed shareholder salaries into employee salaries… but those taxpayers who are inclined to do something like that are already gaming the system in another way.

Jason Watson, CPA, is the Managing Partner of WCG (formerly Watson CPA Group), a business consultation and tax preparation firm, and is the author of Taxpayer’s Comprehensive Guide on LLC’s and S Corps which is available online.