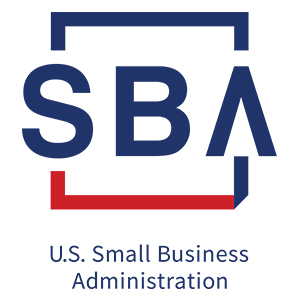 Please check back often! We try our best to keep up with the mile a minute changes, and we will also attempt to maintain a revision record at the request of several of our readers, followers and clients. Here are some additional resources–

Should I make changes to maximize the forgiveness amount?

Generally speaking, no. Whatever you did previously to arrive at the PPP loan amount calculation should be maintained in the future. This means do not increase pay rates, pay out bonuses, add friends or family to payroll, or anything else that looks like a material change from 2019… unless you can justify it.

Conversely, if you have paid out bonuses in May or June in previous years then do the same this year. For example, tax and accounting firms routinely pay out tax season bonuses in May. They also do employee reviews in May which might lead to increased pay rates. Basically, if you have done things in the past then you are typically safe to keep doing them.

Should I hire more employees or change what I’m doing?

Also, trying to time the system or game the system is counterproductive. Again, make business decisions based on operational necessity.

How do I ensure my entire loan is forgiven?

Unless you add employees as compared to last year, it will be very challenging to have 100% loan forgiveness. This is because that 2.5 months or 10.75 weeks of payroll costs was used to determine the PPP loan amount, but you are only given eight weeks to spend it. For example, your loan amount is $100,000. This was based on $40,000 payroll costs per month. Eight weeks might equal roughly $75,000 worth of payroll costs. You will also need $25,000 to be spent on rent, utilities and business loan interest during those same eight weeks to have 100% loan forgiveness.

There will be unicorn cases… but rare! So please warm up to that concept now before to stay off meltdowns or comeaparts.

Should I pay my staff to sit at home?

Please understand that paying employees is not necessarily free. Yes, the gross wages might be forgiven as a part of the PPP loan forgiveness calculation, but the company still has expenses associated with payroll such as the employer portion of Social Security and Medicare taxes that are not part of payroll costs from a forgiveness calculation perspective. Having said that, it still might make sense to pay people because they are a key person and remain critical to your continued operations in the future.

How does quarterly or monthly payroll fit into an eight-week window?

As such, we recommend taking the mystery out of this and converting yourself to have four convenient payroll events within the eight-week forgiveness period. This would suggest biweekly payroll with each payroll period being two weeks. There might be some minor adjustments or tweaks for the first payroll period and the last.

What expenses are included in the PPP loan forgiveness calculation?

The four basic expenses are payroll costs, rent, utilities and business loan interest. Let’s break each of these down even further.

Payroll costs include gross pay, company paid health insurance premiums including dental and vision, and company paid 401(k) contributions. There are some other minor devils in the details but these cover most of it.

Rent includes what you would generally think of such as a lease agreement for your office space, but it also includes lease agreements for your company car and perhaps office equipment such as a copier. Other things might be considered a lease such as software leases, however those remain unclear at this time.

The CARES Act specifically defines utilities as “a service for the distribution of electricity, gas, water, transportation, telephone, or internet access.” A couple of things that might also be included but not specifically listed are trash removal and security systems. Another question is HOA dues or NNN leases where a portion of the payment includes utilities. For example, a lot of commercial lease agreements include electricity but they also back charge the tenant based on square footage.

Business loan interest includes any loan that is secured by real or personal property. One of the immediate questions is lines of credit which are generally not secured by property. Another consideration is what accountants refer to as capitalized leases. These are lease agreements that are generally disguised financing transactions. A great example is an office copier that is leased for three years, and at the end of the lease you purchase the copier for a dollar. This truly is financing and it has an interest component that would be considered a part of the PPP forgiveness calculation.

I don’t have a rental lease agreement since I use a home office. How does this work?

This also remains unclear. There is very little guidance from the SBA or the Treasury regarding the PPP forgiveness calculation. This is understandable because they have been focused on PPP loan calculations and eligibility, and not so much on the second phase of PPP loan forgiveness.

It can be very complicated. The very first question is eight weeks versus two months. These are synonymous in some circles and definitely different in others. A lease agreement, for example, is done on a monthly basis as opposed to a weekly basis. However, the IRS in some parts of the tax code defines a month as a four-week period. However, the IRS tax code is not in charge necessarily. The CARES Act makes several references to various tax code sections, but it also creates a lot of its own definitions as well.

The next complication is any kind of “saddled” expenses. For example, you pay rent in advance. Let’s say you paid April’s rent on April 1 and were then funded for your PPP loan on April 15. Shouldn’t a portion of that April payment then be considered a part of the PPP forgiveness calculation? Perhaps, and it again depends on cash versus accrual accounting.

The next complication is all the PPP loan forgiveness reductions. This includes no more than 25% being spent on non-payroll costs such as rent, utilities and business loan interest. It also includes the full-time equivalent calculations and pay reduction calculations. For a one-person S Corp, this might be fairly straightforward. For anyone with employees, this gets really complicated really fast.

What happens if I don’t spend all the loan proceeds?

The SBA has a beautiful prison in Colorado, and you’ll get a cell next to El Chapo. He is the PPP forgiveness liaison to the SBA and will assist in your rehab. All kidding aside, the unspent amount after the eight-week period becomes your “remainder” loan. This would also include any amount spent on payroll, rent, utilities and business loan interest that was considered not forgiven.

The forgiven amount of my loan taxable?

No. But there is a slight situation that the IRS reminded everybody about in Notice 2020-32. The IRS states that expenses paid with non-taxable income, such as PPP loan forgiveness monies, are not tax deductible. This would be a double dip, and traditionally requires an allocation to be performed on the business entity tax return. The AICPA is currently fighting this however there is significant history with the IRS not allowing tax deductions when the “income” used to pay for those expenses is not taxable. In other words, you will not have an increase in revenue based on loan proceeds but you will also have a decrease in normal operating expenses.

What are WCG’s fees for helping with the PPP loan forgiveness calculation?

Our fees are generally based on complexity. We have attempted to simplify the structure based on the number of employees which also includes the number of shareholders. Here are our fixed rates-

If you are one of our business advisory service clients, the PPP loan calculation and the PPP loan forgiveness calculation is considered outside of scope. However, as part of our consultation arrangement we will provide questions to your answers should you want to put together your own calculation paperwork.

For those clients who have a tax-only engagement with us, our hourly rate is $250 per hour for PPP consultation.

We have a separate engagement agreement for the PPP forgiveness component. Please visit the button below. If you have questions or concerns, please contact us at 719-387-9800 or [email protected]

Jason Watson, CPA is the Managing Partner of WCG Inc., a business consultation and tax preparation CPA firm located in Colorado Springs, and is the author of Taxpayer’s Comprehensive Guide on LLC’s and S Corps which is available online and from average retailers.