The history of WCG (formerly Watson CPA Group) starts off like many CPA firms. Tina obtained her CPA license in May 2003. She had gained her experience requirements working for Nelson Fink and Company (now just Nelson) and then gained additional experience at The Shafer Group which are both Colorado Springs CPA firms that exist today. It didn’t take her long to realize she wanted to run her own firm but based on a number of various factors, both personal and professional, Tina left public accounting in October 2004 to work in the private sector.

Jason and Tina met late in 2006 (on Match.com!) while Tina was working for Northrop Grumman as a Finance Manager and Jason was an airline pilot for United Express (SkyWest Airlines). Tina was preparing about 35 tax returns for friends, family and acquaintances and talked quietly about expanding her business. Pilots and flight attendants had a particularly unique tax position involving per diem allowances and travel expenses (before TCJA blew it up) and Tina encouraged Jason’s enthusiasm to pursue that tax business. So he did.

Jason created a flyer with tear-away strips like he was selling a couch before Craigslist existed. He advertised tax returns for a fixed fee of $129 if you itemized your deductions or $79 if you used the standard deduction… all tax returns. Clearly this was before Jason started doing tax returns himself and he thought these were reasonable prices. He would travel all around the country visiting crew lounges for American, Delta, Frontier, SkyWest, Southwest and United Airlines to hang up these super cheesy flyers. Jason was also a training captain and would often ride in the jumpseat of the flight deck to observe and train the pilots, and he took the opportunity to talk a little business and slip the crew his business card.

Jason would also travel to coffee shops around Colorado Springs, and pin flyers and business cards to the community boards. Old school. Print advertising, various publications and magazines were also leveraged, including writing tax and financial articles for newspapers. Our internet presence was strong and growing, but marketing efforts were still a combination of paper and internet.

Tina Watson CPA PLLC, a firm of one, started to grow and within a year went from 35 clients to a few hundred. Jason was Tina’s first (and best!) administrative assistant, and dining room tables were set up in the basement of Jason and Tina’s house to accommodate seasonal administrative assistants and tax preparers during the tax season. Tina’s home office was designed with a separate entrance so that clients could come into the office without having to come into their home. There were even flip flops at the bottom of the stairs so when the doorbell rang, Jason had shoes to wear. Yes, things were pretty casual back then.

One day Jason came home to find six cars in the driveway and none of them were his. He and Tina decided that they needed to get out of the basement and into some real office space. That takes commitment and revenue to cover the additional overhead so Jason and Tina started looking for local accounting firms that were for sale. They found two; Jansen had about $150,000 in revenue and Barry had about $350,000 in revenue. Jason asked Tina, “Which one do you want to buy?” Tina, the conservative Colorado Springs CPA, said, “Why not both?” Ok, both it was. That was 2013.

This allowed for three important elements to business success. First, it added immediate revenue to allow for the additional rent and wage expense. Second, it allowed Tina to quit her job at Northrop Grumman to focus on developing her firm. Third, when Cortez reached the new world, he burned his ships and as a result the crew was well-motivated. There was no going back. WCG (formerly Watson CPA Group) was formed.

When you buy an accounting firm, or specifically a client list, you are buying the owner’s personality. Jansen was of similar age and ran a tight ship. His clients were used to structure and industry-typical fees. Barry was at retirement age and ran a loose operation. Some of his clients did not fit into the culture at WCG (formerly Watson CPA Group). Jansen was a smooth transition and Barry was a disaster. Jason and Tina muscled through it by working hard, doing the right things and attracting good business.

Each year had a major turning point and 2014 was no exception. Jason was meeting with an author who he had recommended electing S Corp status for taxation. Jason showed her a 44 page article on the benefits of S corporations. Cheri (the author) suggested he write a book about it; Jason immediately envisioned pallets of books in the basement that wouldn’t sell or were outdated. Cheri explained that Amazon’s print on demand only printed a book when it was sold, and it allowed for continuous updates. Taxpayer’s Comprehensive Guide to LLCs and S Corps was launched with monthly sales exceeding 300 copies.

WCG (formerly Watson CPA Group) was offering accounting (bookkeeping), payroll and tax services at this point. One day a major client asked Tina to remove loans from his balance sheet so that his equity position was more attractive to the bank. She didn’t say No, she said Hell No! and 30 days later the client fired WCG (formerly Watson CPA Group) as an accounting firm. They represented about 9% of total revenue, which is not a lot in the grand scheme of things, but it caused Jason and Tina to reflect upon several things.

One thing for certain was that bookkeeping functions were not profitable, caused too much trauma in the office and did not bring professional satisfaction to the firm. Jason and Tina decided that accounting services did not fit their desired business model and in the spring of 2015, transitioned all of the bookkeeping work to a friend theirs who owned Alerion Business Solutions. This turned out to be a critical turning point in the success of WCG (formerly Watson CPA Group). The firm was running leaner from a staff perspective and all of the marketing efforts could go into growing tax engagements which were much more profitable and gave the staff a greater sense of accomplishment. Jason also quit flying that same year to focus on helping run the firm (quietly he felt all the money and glamour had left the airline business, and he sought it in accounting… boy he was fooled!).

2016 marked an important year as well. A client suggested to Jason that WCG (formerly Watson CPA Group) create an “all-in” package to include tax preparation, payroll, unlimited consultation and tax planning. In looking around, many other service professionals were marketing an “all-in” type of arrangement. As such, the S Corp packages of Aspen, Vail, Breck(enridge) and Keystone were created. S Corp packages are a pillar of the firm representing for over 65% of the total revenue. This was also the turning point on marketing. Hanging flyers simply wasn’t efficient any longer, and efforts were shifted to only include local print advertising, articles and blogs, and the book.

As a CPA firm, you work with attorneys and financial advisors. Tax professionals get a little disgruntled since they do a lot of legwork and projections in regards to retirement planning, and the financial advisor swoops in to grab the check. As such, Jason obtained his Series 7 license, and Tina and Sally earned their Certified Financial Planner designation. Since a CPA firm cannot offer these services directly, a sister company was formed in 2016 called SFD Capital. We offered financial and retirement planning in addition to tax and business consultation. A one-stop shop was formed between WCG (formerly Watson CPA Group) and SFD Capital (a Registered Investment Advisory Firm).

WCG (formerly Watson CPA Group) was gaining momentum in the S Corp and small business space based on three huge elements of the firm; first, the strong internet presence; second, the S Corp book; and third, the S Corp packages. As such it was decided in the spring of 2017 to transition most of the flight crew to two friends of the firm, Jessica Aligaen and Mandy Anderson. It was a tough decision considering that flight crew had been the backbone of the firm’s initial success and a fabric in Jason’s life, but Jason and Tina knew it was time to retool and shift focus.

Early in 2018, Jason and Tina knew they needed more office space; the current space was clunky and inefficient from a team / task perspective. Jason started looking for land to build an office building, and his realtor said that the entry lot to the Flying Horse tennis and golf community was for sale. There was no sign. No MLS listing. Just a guy who knew a guy. February 2018 an offer was accepted, and the long process of construction ensued on a highly visible corner lot. This is the same year Jason passed the CPA exam. 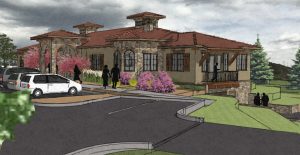 2018 also saw our bandwidth shrinking and something had to give. We were good at financial and retirement planning, but we were great at tax and business consultation (it was our passion). It didn’t help that Jason felt the financial planner model was broken. People need three things in life; index funds, real estate and personal budgeting (the most difficult component). As such, we decided to transition away from the financial and retirement planning business to focus 100% on tax and business consultation.

No, we are not done with 2018 yet! After years of hard work, dedication and playing the part, Sally was rewarded with a partnership stake in 2018. This was a huge deal for everyone; Jason and Tina were letting go a part of their firm and creating a path for others to achieve this goal. Yes, 2018 was a big year.

Our core competencies include-

Latesha Anderson is the Brand Ambassador for WCG (formerly Watson CPA Group), a business consultation and tax preparation firm located in Colorado Springs. You can reach her at [email protected].